A tour around my mind. Excuse the mess.

It’s Autumn and it’s a Friday.

In Melbourne that can mean a dreary end to the week, but sometimes it’s a surprise; cool but sunny.

Being a Friday, grandchild #1.4 is over for the day. She’s two, so if I suggest a walk she’s up for it, because everything is an adventure when you’re two. We head out the door and we’re dazzled by sunshine and blue sky.

I really have to grasp at these moments; they're lost if you look away for a second.

An unexpected sunny day, a bright-eyed toddler who wants my company and me having time to offer it. That won’t always be a thing. I’ve been a grandparent for ten years already and it feels like the older kids are already setting off on their own lives.

For the moment, this little one was totally absorbed in our outing and I needed to make sure I was too. 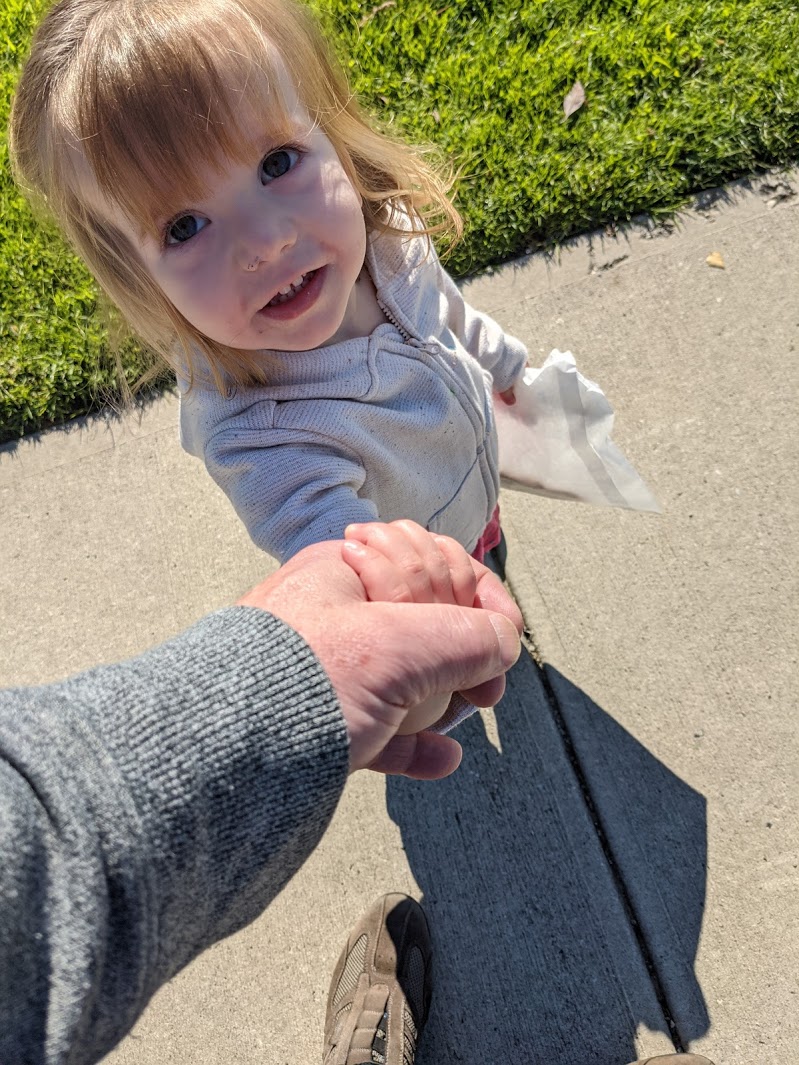 She grabs my hand and it completely encloses hers as we head up the driveway. What is it about holding a toddler’s tiny, soft hand that way?

I've struggled to just chill and go with the flow and enjoy the kid's company. It’s taken a long time to silence that nagging thing at the back of my head telling me to wind this up and get back to something else.

I seem to be getting past it. For the past couple of years I’ve been able to slow down and smell the roses.

Well… the Callistemons in this case… 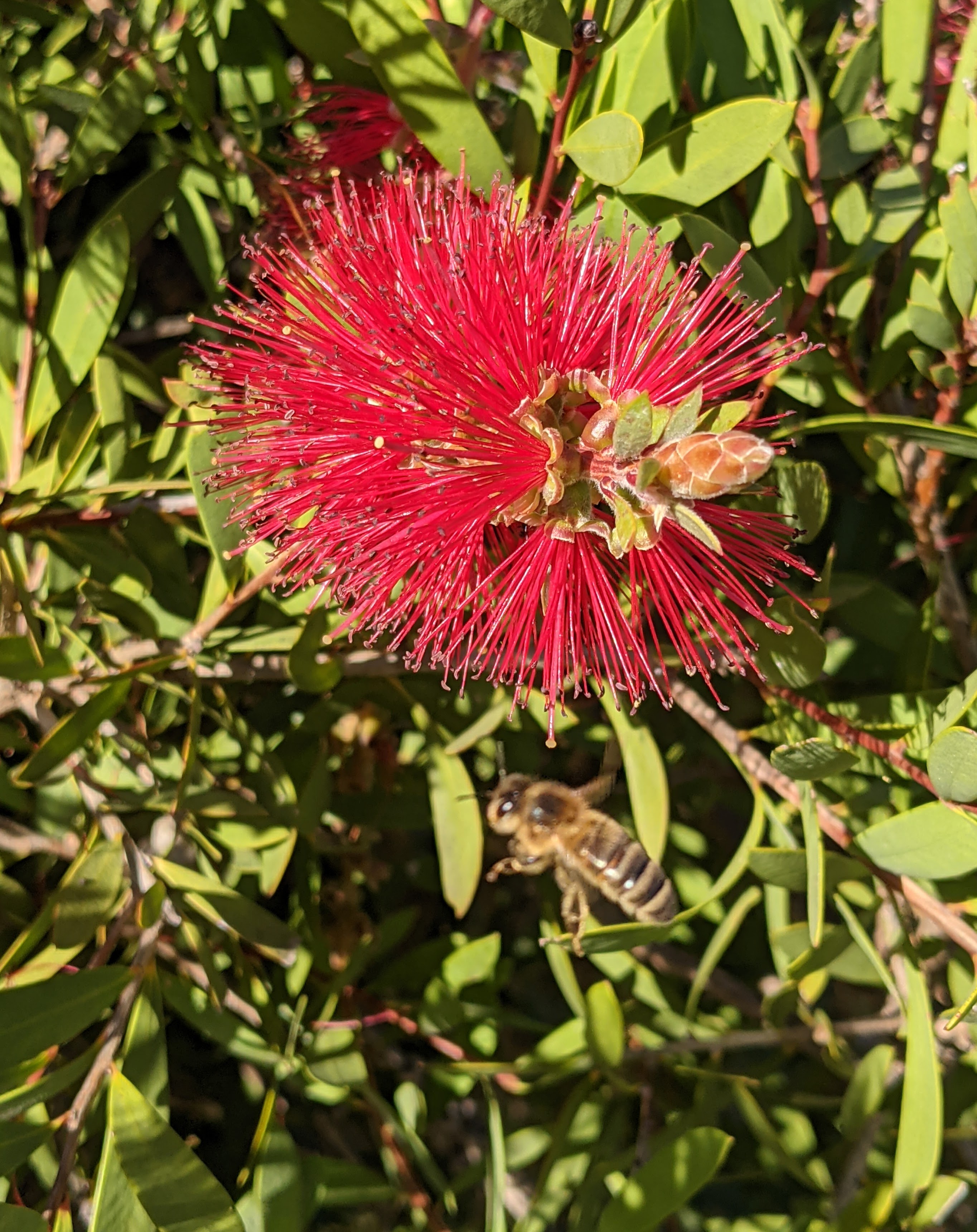 We spend five minutes discussing the bee and what it’s up to. She only has a few words, but that’s not a problem; she can have an animated conversation with just “mmm“s , “nope“s and “uhoh“s.

It seems like only weeks ago she was a mute pre-toddler who only communicated with grins and grizzles. Now there’s a confident little person in there who just assumes I understand everything she says.


Next is the obligatory shuffle through the Autumn leaves. We’ve done this more than once before, so it’s officially a ritual.

She wrestles with the fly strips on the door, beams at the array of biscuits and glares at the nice lady behind the counter for smiling at her.

The decision is already made though; it’s always the jam biscuit with sprinkles on top. Nothing to do with the fact that Gramps prefers them. That will become controversial as her vocabulary expands; grandchild #3.1, or #2.3 would never let me get away with that. 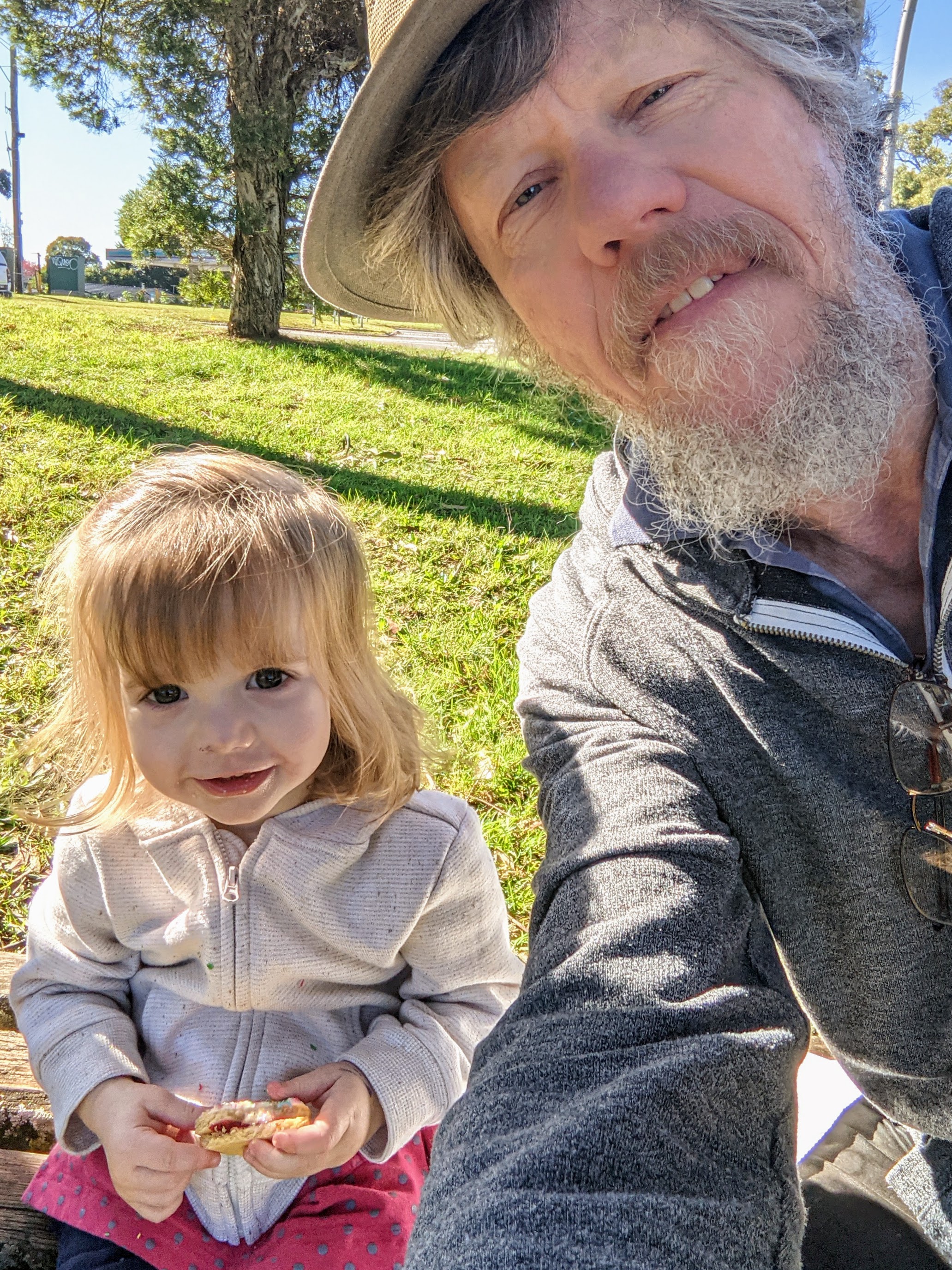 Off to the shady seat under the trees where we can discuss the magpies and kookaburras while she carefully spreads the jam from the biscuit in a radius around her mouth.

More importantly, the loose sprinkles from the bag have to be rained down on the ant’s nest below. We listen to their tiny cries of gratitude for this manna from heaven, and watch the High Priest Ant take all the credit for making it happen.

In a few seconds sprinkles starts to wobble away and disappear down the hole. We discuss this at length. 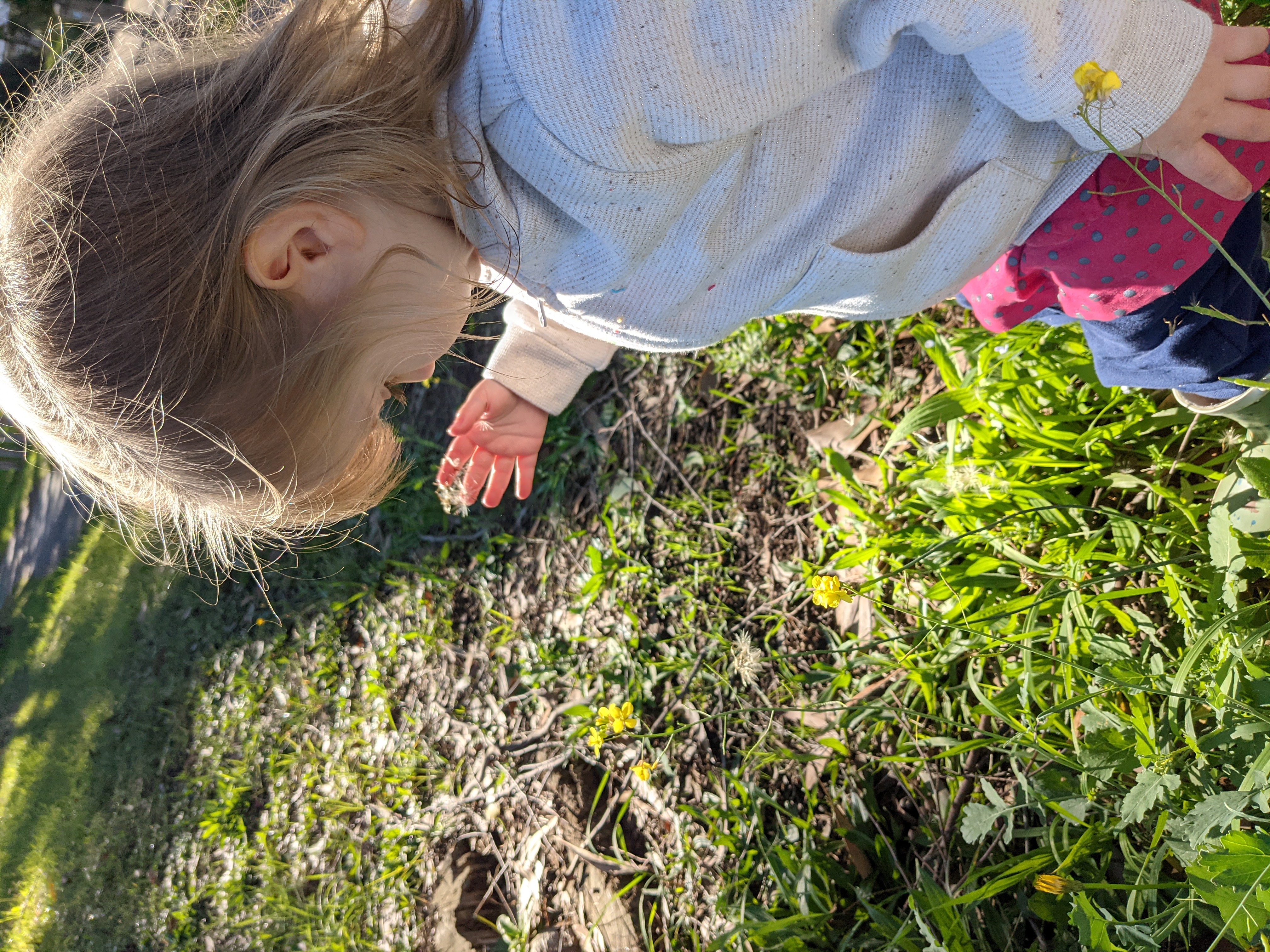 Time to head back to Narni and pick some flowers for her on the way. These are stuffed in my pocket then promptly forgotten until wash day.

It's nice that I'm a wizard for a little while who can do hilarious and magical things. It's a very small window. By the time they're four or five they actually know everything and I'm back to just being a silly old bugger.

I cross the road on the opposite side to the park to see if she notices. She notices. An insistent finger points at the swings; then a grunt, and a glare when I hesitate. So we’re on the swing.

Amusing toddlers is easy - push the swing, get a laugh. Repeat forever. I manage to do it long enough to add hiccups to the giggles and that is just hilarious apparently.

I’m tempted to see who will get bored first, but I end up having to cajole her into heading back to Narni’s house.


She’s looking drowsy so I offer to carry her for the last stretch. She concedes, but narrows her eyes suspiciously when I suggest resting her head on my shoulder. You don’t think I’m going to fall for that do you?

Little does she realise, I’m the Master of Being Boring. Some quiet murmuring talk… a gentle rocking as we walk… yeah, sure, put your head down if you like…

Aaaand… she’s out. I know this because she’s turned into lead in my arms.

I wrote this because I wanted to capture the moment, but it turned out the real value was reminding myself to savour it.

The grandparent thing is a last chance to appreciate the unconditional trust and uncomplicated love from a person who is discovering the world.